“Karpati Tourist” was an electronic free art collaboration between Tito Lee and the Turkish-German artist Bülent Kullukcu. Their work emerged from the spirit of the 90s, when people disposed of their old turntables and started listening to CDs instead. Over the years the artists gathered the antiquated turntable-beauties and linked them together in one big polyphonic machine. Leading the ongoing discussion of digital vs. analog techniques to the absurd. 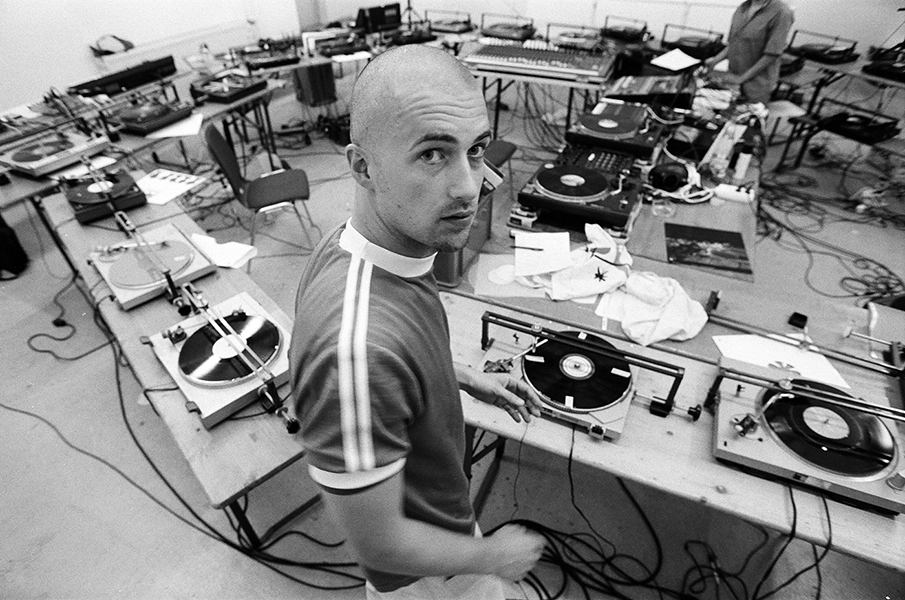 Karpati Turist (later known as "Electric Lounge Orchestra”) premiered at the Einstein Art Center during the renowned MUG experimental electronic music festival. A 'floating' metal ring, supporting either 33 or 45 turntables was later extended by 4 analog audio platforms, forming the instrumental ensemble of the multimedia installation. According to the number of turntables used, they ran at the speed of 33 rpm or 45 rpm and were each in charge of their own sound loop. By placing the needles on different materials varying from ordinary vinyl-discs to rusty saw blades or glass plates, the resonance of these substances were captured and produced unknown sounds and melodies. The musical patterns ranged from floating grooves and concrete sounds to ambient soundscapes and noise. A mechanical system synchronized the turntables and allowed the artists to manipulate and mix the 33/45 samples and thus create live music. The imprecision of the analogue technology turned the very same musical piece in a unique experience at each performance. The visual workstation consisted of video, super 8 - and fittingly for the Big Brother era – live cam images. All combined this formed a 5-color time and space structure as a walkable performance. 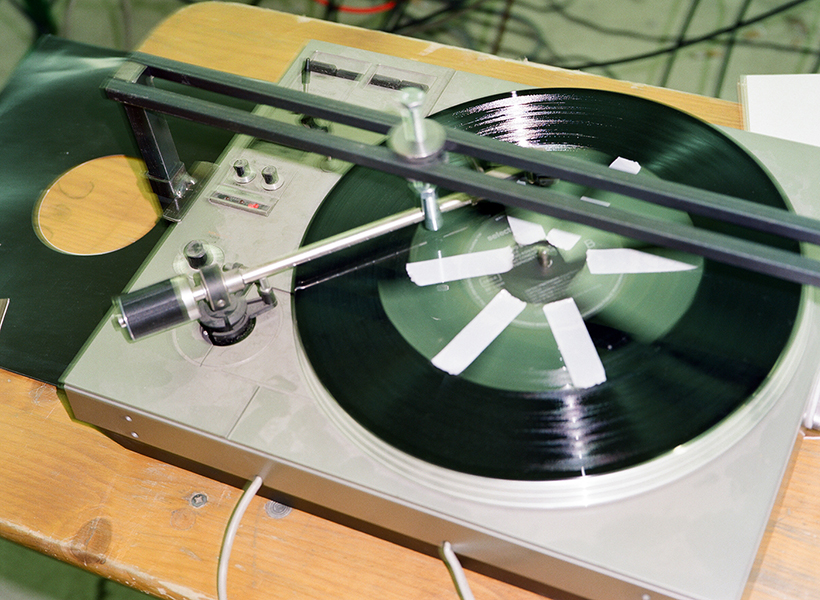 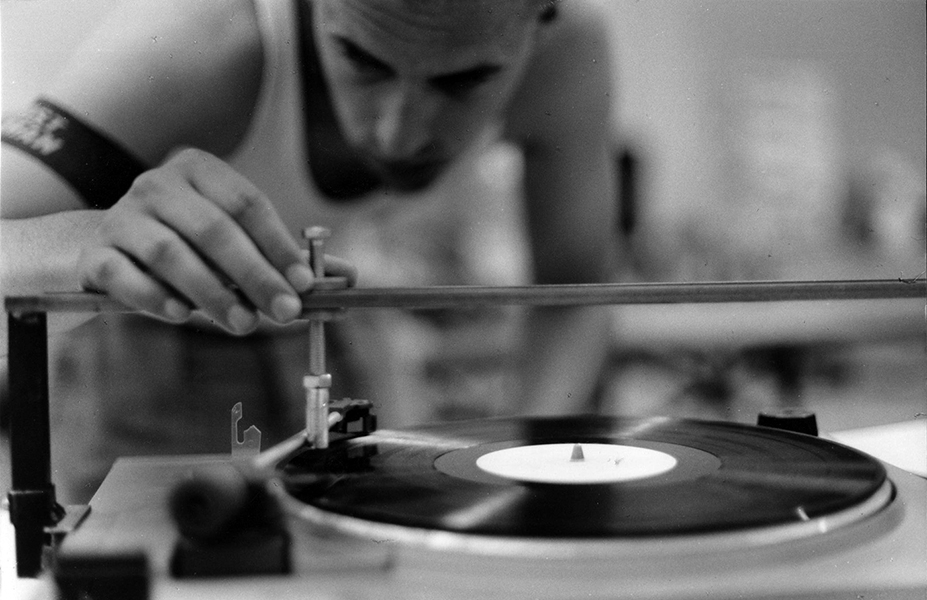 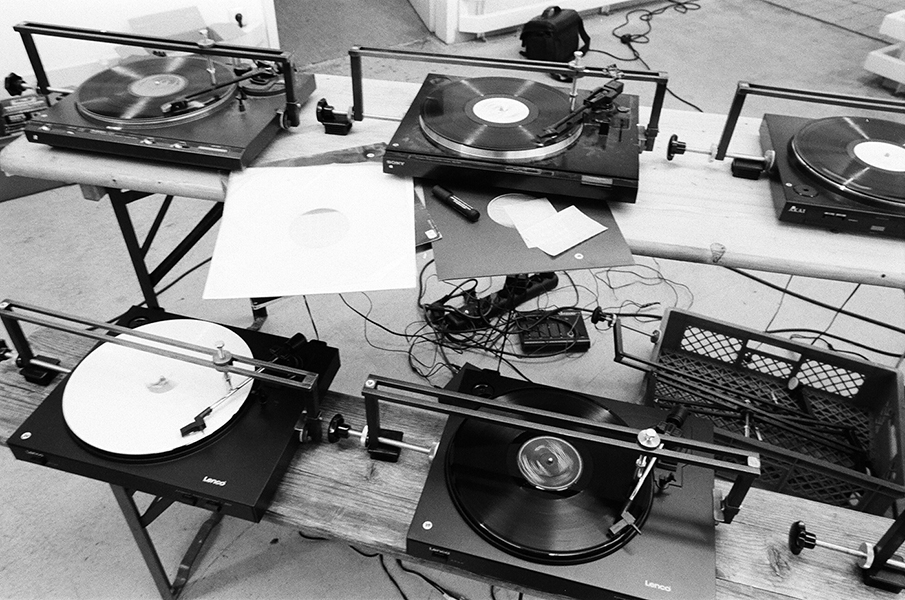 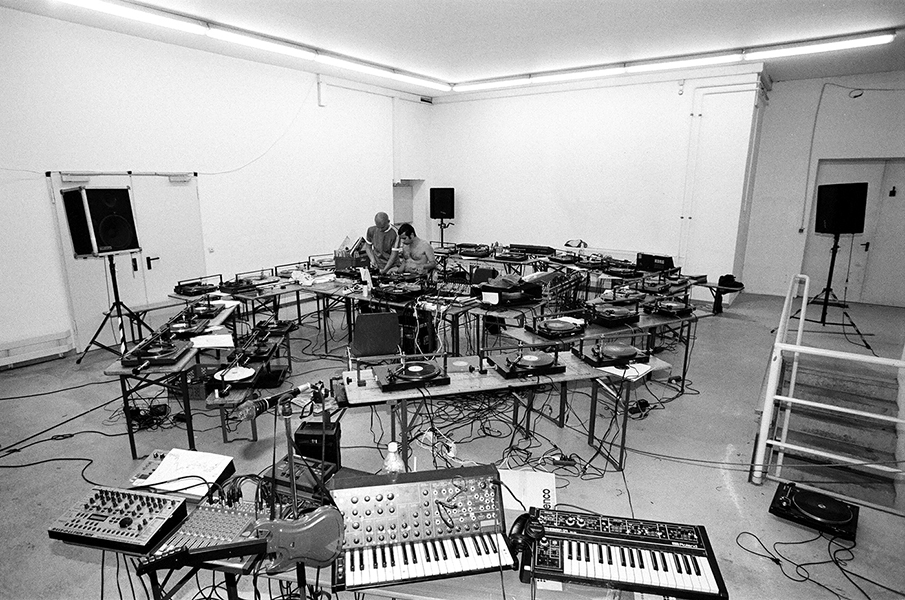 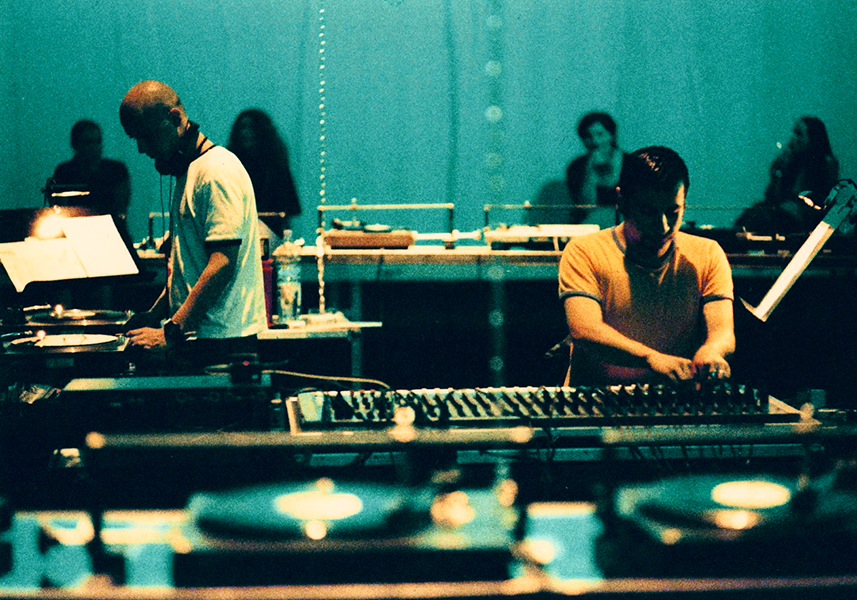 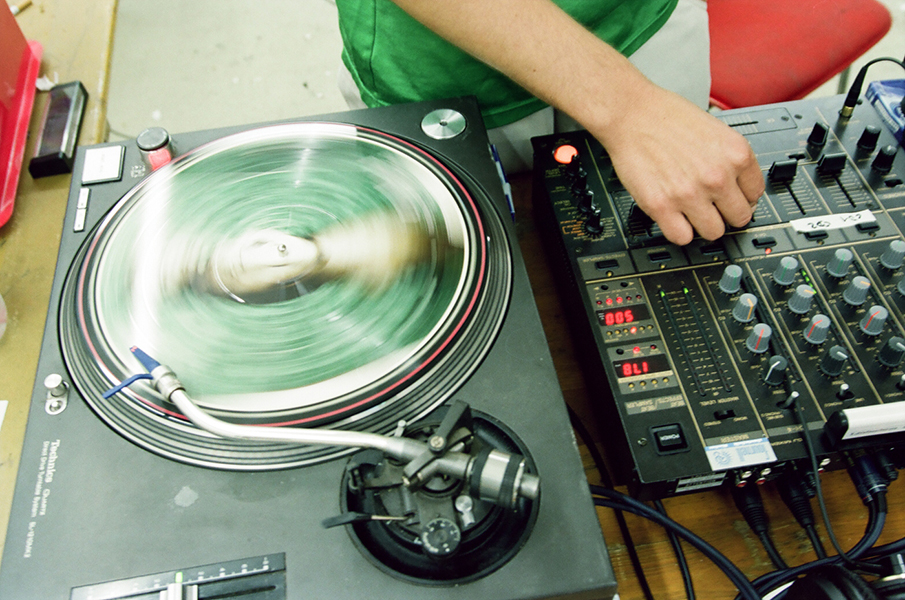 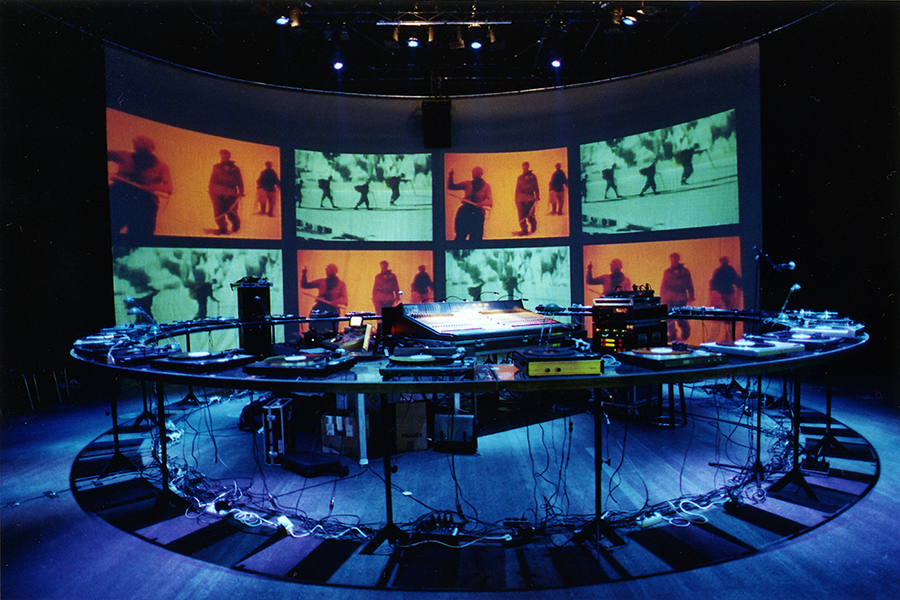